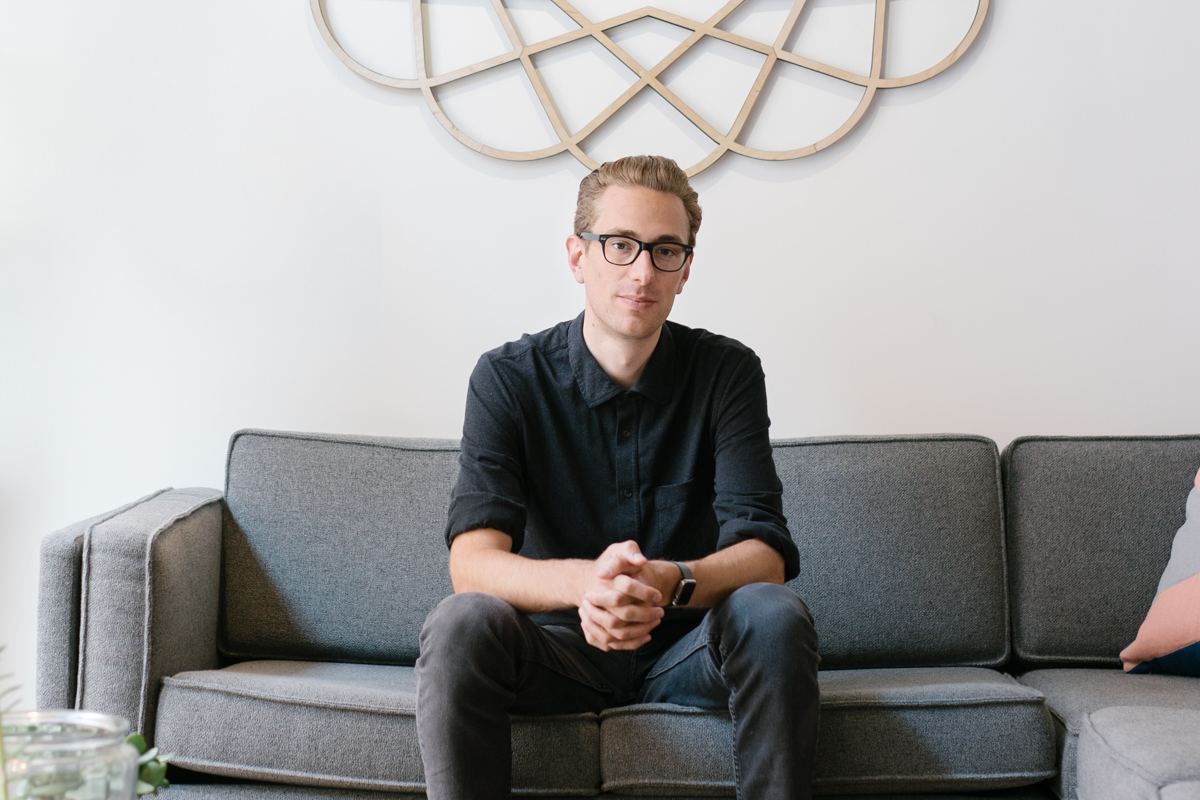 “There have been many times I would’ve sold,” Wilkinson says, “but they made it too complicated.”

It seemed like the buyers only cared about numbers on a spreadsheet. Once a deal was reached, after three to four agonizing months, they wanted to re-negotiate. There was a culture clash, too. The private equity guys wore Patagonia vests over starched button-downs and seemed to look askance at the startup uniform of a t-shirt and sneakers.

“I started thinking,” says Wilkinson, 33, “maybe there’s an opportunity to become the buyer I wish I could’ve had.”

In 2015, Wilkinson, with Chris Sparling, formed Tiny, an investment firm that buys middle and early stage internet companies in a process that lasts days or weeks — not months. When Tiny purchases companies, its goal is to place them on a path toward sustainable success. It doesn’t chop them up and sell them for scrap or install new leadership that would conflict with their previous culture.

The strategy parallels Warren Buffett, who is famous for his handshake deals. Wilkinson, who’s still best known for designing Slack’s interface, may never reach Berkshire Hathaway levels of market capitalization, but he’s already shaken up a corner of the startup world by becoming the rare buyer who thinks like the young entrepreneurs who want to sell their companies the same way they built them — quickly and by going against tradition.

I spoke with Wilkinson over the phone last month while he looked out the window of his office on a pleasant summer day in Victoria, British Columbia. He’s lived in the 92,000 population town on an island just south of Vancouver for most of his life, and the location outside of the Silicon Valley bubble suits the unorthodox style he’s taken in his Tiny pursuits. But during high school, bored and frustrated after his father moved him away from Vancouver, Wilkinson wanted nothing more than to flee to a bigger city. Instead, he got away by starting a tech news website.

On MacTeens.com, Wilkinson and other writers reviewed Apple products and shared gossip about the company. For Wilkinson, who managed staff and negotiated ad deals, it became a full-time job, and he recalls barely passing high school. It was worth it. He met Steve Jobs — “like meeting Jesus,” he says — at an Apple event in New York and cornered him for a 10-minute interview.

Like many Jobs acolytes, Wilkinson’s goal was to land in Silicon Valley. But he didn’t have enough money, and he was stuck in Victoria once again, funding his planned move by freelancing as a designer and developer. It became clear that greater profits awaited if he started doing business as an entity more formal than Andrew Wilkinson, so he started MetaLab in 2006, finding a niche spending three to four months building interfaces for numerous startups. Kavin Stewart, then the product manager at Offermatica, was Wilkinson’s first client. He could tell MetaLab wasn’t a formal, established company, but he had a good feeling about Wilkinson, whom he recalls meeting on Craigslist. “He represented himself well,” Stewart says. “If you can find undervalued talent you’ll generally just take a bet.”

By its second month, MetaLab was making $30k in revenue. The first year it made about $250k on a 50%+ profit margin. Revenue doubled in the ensuing years, and MetaLab has continued to see 20-30% annualized gains. The company has worked with Facebook and Google, and in 2013 it built Slack’s interface.

How quickly did MetaLab grow into a power? Uber, then known as UberCab, requested MetaLab design its original website but balked when Wilkinson quoted $5k. “We were too expensive for them,” he says.

For about a decade, Wilkinson used the profits to start new companies. After selling one of those companies, Pixel Union, in a drawn-out process, a friend suggested he read the Buffett biography Snowball for ideas on the next evolution for his career. Wilkinson knew it would be unsustainable to continue starting new businesses and was surprised by what he learned about Buffett. The famed Omaha investor had purchased more than 65 companies, usually at below the market rate and at a much quicker pace than traditional private equity groups. When Buffett bought an airplane parts manufacturer in 2015 for $37m, he spent about 25 minutes speaking with the CEO before making an offer. “We basically do no due diligence,” Buffett said. “Our due diligence is basically looking into their eyes.”

Wilkinson, remembering the numerous attempts to buy his companies, thought quick-moving tech entrepreneurs would be even more open to a streamlined acquisition process than the traditional railroad and restaurant companies Buffett scoops up. Realizing the opportunity, he and Sparling formed Tiny in 2015.

Four years later, they are the only two employees, though they also use lawyers and accountants to finalize sales. Drawing from the high eight figures in revenue that Wilkinson’s companies make, Tiny buys internet companies that have been in business for at least three to five years and that make profits ranging from $500k to $15m.

More specifically Tiny looks for companies that have good products rather than features that can be easily replicated by Google, Facebook or other giants and those that are providing a positive service for the world. Their list of acquisitions includes several companies that make it easier for people to find work or to improve workflow. Lately, Tiny has been purchasing podcasting-related companies like Castro and DoubleUp. Wilkinson typically asks just a few cursory questions before making an offer:

Tiny’s first acquisition was Designer News and then Dribble, both of which are online communities for designers.  Since 2015, Tiny has purchased about 10 other companies (it has also invested in dozens more), including the podcast app Castro, in 2018.

“When Andrew got in touch,” recalls Castro co-founder Pádraig Ó Cinnéide over email, “it was a simple DM on Twitter: ‘Hey dude. I’m a huge fan of Castro. Have you guys ever thought about selling or finding a partner to help grow (or take money off the table)?’”

That DM arrived on Sept. 2. Ó Cinnéide flew to Victoria on Sept. 24. They agreed to a sale via email Sept. 27. After a few weeks of lawyers and contracts, Castro had officially been sold to Tiny by Oct. 17.

Previously, Ó Cinnéide and co-founder Oisín Prendiville had talked to a radio organization about a sale. It fell apart after more than six months of discussion. “I really didn’t want the distraction created by months/years of taking calls, digging up metrics, and feeling like we had an uncertain future,” Ó Cinnéide says.

Sometimes, as with Castro, Tiny makes initial contact. Often, however, Wilkinson, who has a large following on Twitter and Medium, receives emails and DMs from curious tech entrepreneurs. Even as his firm grows bigger, Wilkinson anticipates he’ll be just as easy to reach — and to finalize a deal with.

“Warren Buffett is still doing this and he has, what, $200 billion?” Wilkinson says. “I think we’ll be able to keep doing this for a long time.”